Minecraft Dungeons is available in our Box4Gamer! Try your chances of getting it now for only 1.79 € ! 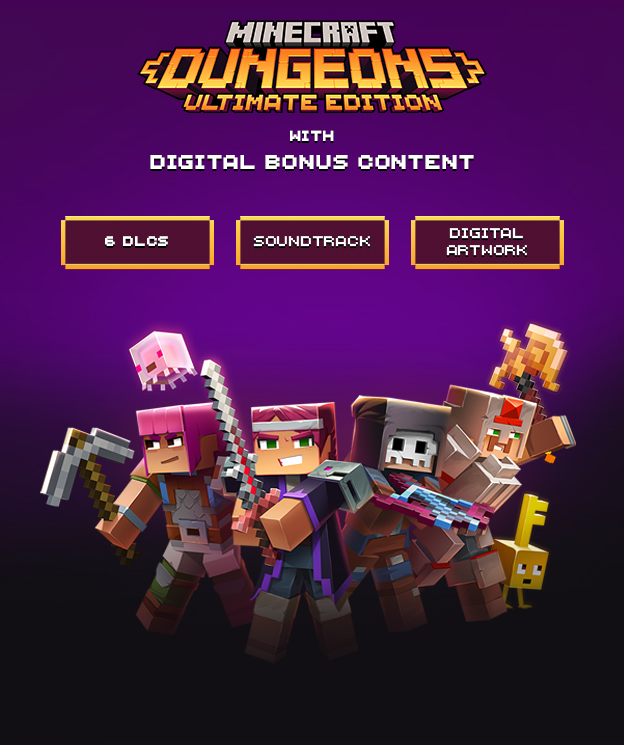 Experience the complete story of Minecraft Dungeons from the beginning to the End. Grab the Ultimate Edition which includes the base game and all six DLCs: Jungle Awakens, Creeping Winter, Howling Peaks, Flames of the Nether, Hidden Depths, and Echoing Void–all at a lower price than purchasing the game and each DLC separately.

Unlock special digital bonus content to become the ultimate hero! Download the Ultimate Edition today and receive digital artwork from each DLC as well as the entire game soundtrack featuring 200+ tracks. This offer is only available on Steam.

Experience the story beyond the base game with the Minecraft Dungeons: Ultimate DLC Bundle. You’ve played the main story, but now it’s time to see it through to the End! Fight countless mobs, explore dimension-hopping levels, and discover untold treasures as you complete the story of the Orb of Dominance. Grab the Ultimate DLC Bundle and get all six DLCs: Jungle Awakens, Creeping Winter, Howling Peaks, Flames of the Nether, Hidden Depths, and Echoing Void. By purchasing the bundle, you’ll get all six DLCs at a lower price than if you purchased them separately. Complete the story with the Ultimate DLC Bundle! 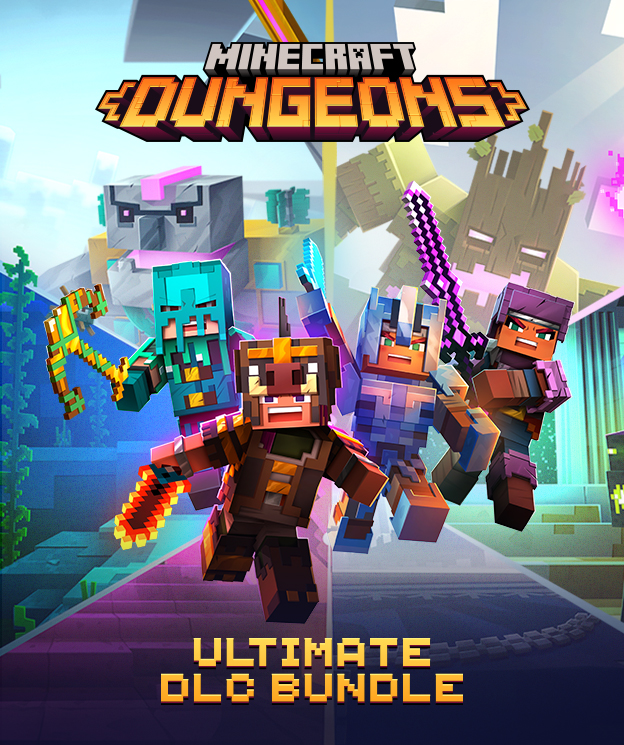 Fight your way through an exciting action-adventure game, inspired by classic dungeon crawlers and set in the Minecraft universe! Brave the dungeons alone, or team up with friends! Up to four players can battle together through action-packed, treasure-stuffed, wildly varied levels – all in an epic quest to save the villagers and take down the evil Arch-Illager!

Up to four players can team up and fight together in co-op mode.

Personalize your character, then fight up-close and personal with melee swings, hang back with ranged attacks, or tank your way through swarms of mobs, shielded by heavy armour!

Explore treasure-stuffed levels in a quest to take down the evil Arch-Illager!